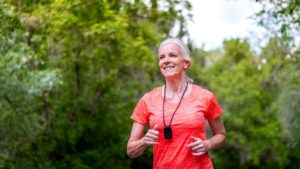 While going out to check his mail, Harry* slipped and fell on the ice outside his house. In pain, and unable to get up, Harry laid in the cold snow momentarily. Then he remembered that he had recently had his AssureLink® personal response system installed, so he pushed the help button on his wrist. The AssureLink® staff immediately contacted Harry’s neighbor. Within minutes he was being attended to in the comfort of his home.

Martha*, a 90 year old lady living in her own home in rural Idaho, recently fell out of bed, causing serious bruises and abrasions to her face and upper body. She laid on her bedroom floor for over 4 hours before someone came to check on her. Her daughter called AssureLink®, and had the personal response service installed in her mother’s home. Approximately six weeks later, Martha fell out of bed again. This time she was able to push her Assurelink® button and get the help she needed within minutes, even though it was the middle of the night.

Sarah*, who lives about 1 mile outside of a rural Idaho town, decided she needed the security that AssureLink® offers in the event of an emergency. She had the service for over a year, and had not found it necessary to push her button, except for testing. One evening she was feeding the chickens around her home when she experienced severe chest pain: a heart attack! She pressed her AssureLink® button, and thanks to the swift response of a neighbor, she received medical attention immediately and is still here to talk about it.